One day in 2011, I drew a tower of garbage that was transformed into a tree for animals. This was the beginning of the idea for Strange Creatures. (C. Sitja Rubio) 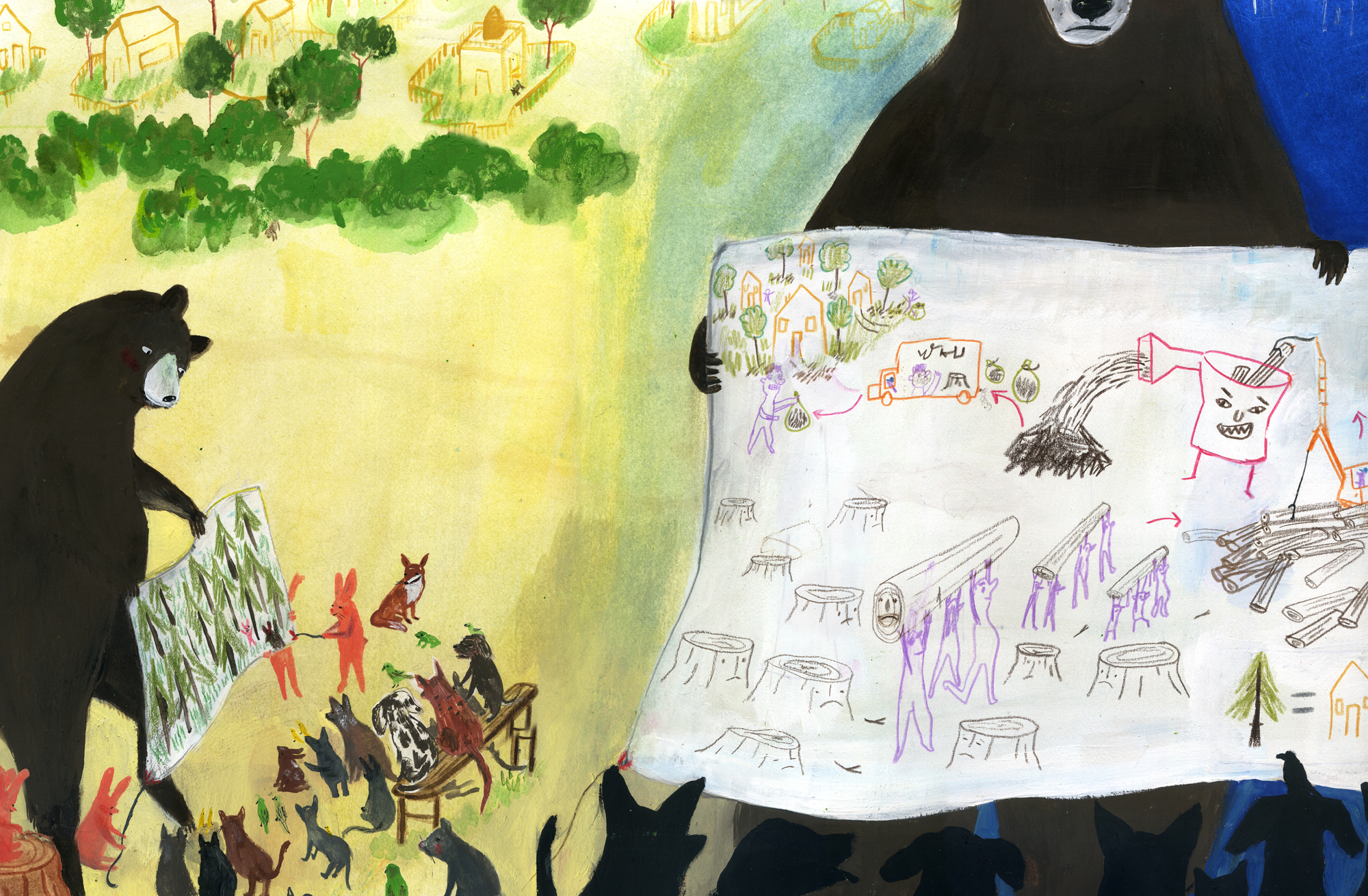 I wanted to make a children’s book that dealt with the effect human actions have on nature, but not make it sound as though I was nagging or feeling superior. (C. Sitja Rubio)