For many, Milton’s epic is a poem to admire rather than enjoy. Auladell’s adaptation is a more accessible beast, heavily abridged, its pictures focusing on the drama of a tale of devils, treason and temptation. Many comics have visited cosmic realms, but Auladell crafts something definitive, from hell’s vast plains and twisted demons to the parapets of heaven. His expressive, black-hatted Satan delivers Milton’s juicy soliloquies with style, while the war in heaven is a splendid mix of cannons, single combat, mist and darkness… (James Smart, THE GUARDIAN) 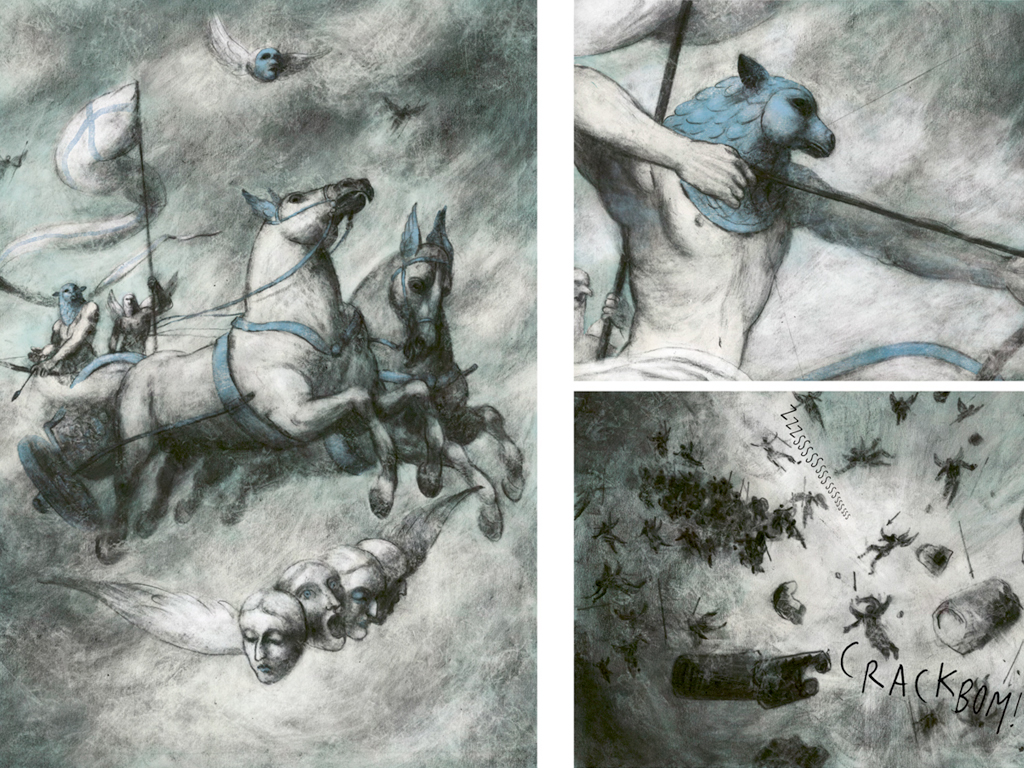 The jury underlines the work for the great artistic value and visual strength inspired by the timeless vision of Milton, his treatment of colour, the original use of the iconography and the narrative that gets at the same time to be archetypal and thoroughly current.

Around 40 original works + sketches + others.